IB Physics IA Ideas: 12 Investigations You Can Complete At Home [UPDATED for 2023] 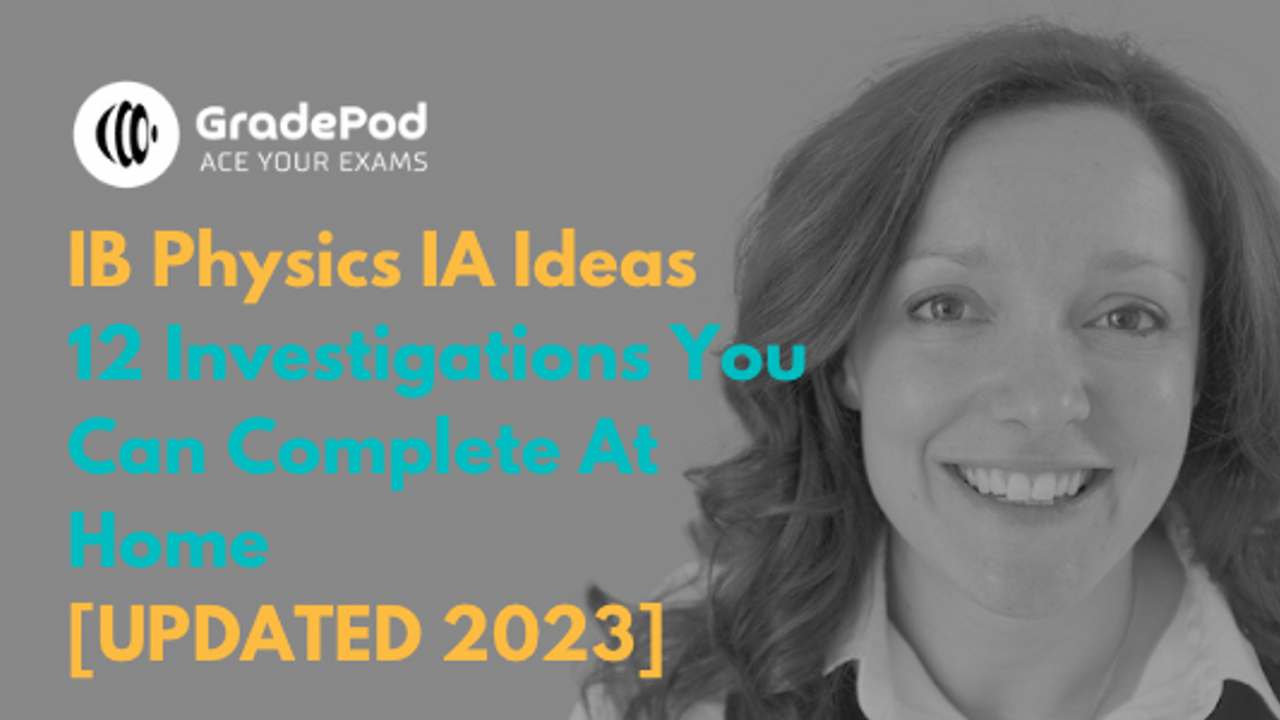 If you cannot perform experiments at school, but still need to complete a PERFECT physics IA - then these ideas will help

You may not have access to practical equipment, or maybe you would just prefer to collect data at home for your Physics IA. Perhaps you’ve left your IA to the last minute and need to get some data over the weekend!

Below, I'll walk you through 12 ideas of practical experiments that can be carried out at home, with basic equipment and/or and iphone or android app.

Some of these ideas are super simple and will produce a straight-forward write-up, which is not a bad thing! You shouldn't try to make IB Physics more complicated than it already is! Some ideas require more thought and, if you're looking for a challenge, you'll enjoy them.

Don't become obsessed with finding a completely original idea. Every year there are around 25000 IB Physics students - each submitting an IA in Physics. Everybody’s IA has to be within the scope of the IB Physics syllabus. Therefore, it is pretty much impossible to get a project that have not been done before. You will not lose IA marks if you choose to do an IA that has been done before; however, you will lose marks if you copy one! The key is to find a subject/topic that you enjoy. The examiner will be able to tell how involved and personally you have taken the project by how you develop your method and analysis.

If you really want a completely original idea that's PERFECT for YOU, then I recommend my video tutorial and free workbook - How To Choose Your PERFECT IB Physics IA Topic in Under 15 Minutes

Research Question: How does the temperature of water in a wine glass affect the resonant frequency of sound produced when the wine glass is either struck or a wet finger runs around the rim and the rim begins to freely vibrate? 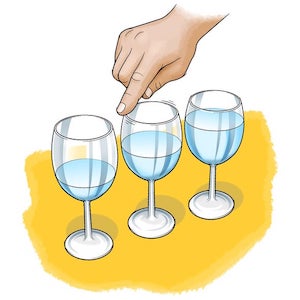 You should choose which method you plan to make the glass resonate with:

In theory, both methods should produce the same frequency sound, but the second method will produce a sound with a more constant and consistent frequency.

Either way, the physics behind the experiment is the same.

When the wine glass is either struck or a wet finger runs around the rim, the rim begins to freely vibrate. These vibrations cause the rim to form a standing wave pattern. Short video of that here:

You’ll notice that the rim distorts form being circular to a pattern of two ellipses - that vibrate back and forth. This standing wave pattern of the rim causes the surrounding air molecules to vibrate at the same frequency and produces a sound wave within the human range of hearing (20-20000Hz) which means the sound can be heard.

If you add water to the glass, you are increasing the mass of the system and the natural frequency (or the sound produced) will decrease.

Once you have added the water, it is important that you keep the volume of water constant and then change the temperature.

Now, by increasing the temperature of water, you are exciting the water molecules and glass molecules because of the physical contact between the water and the glass. Therefore the molecules within the whole system will have more internal energy and have a greater temperature.

The effects of a greater temperature will be to:

Thus the prediction is that as the water temperature increases the natural frequency of sound produced would decrease. It is difficult to predict an exact mathematical relationship for this, as too many factors will come into play.

Here are some extra resources / videos to help:

Research Question: How does the cross-sectional area of card attached to a vibrating mass affect the displacement of the mass after twenty oscillations 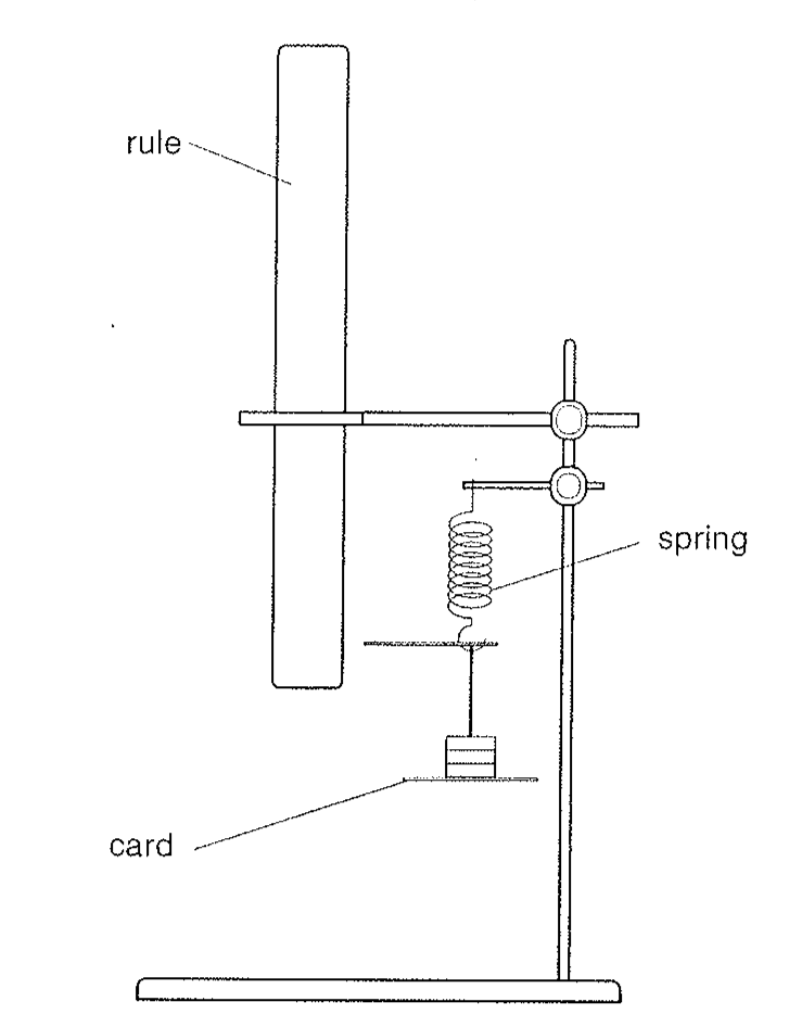 You’ll have to figure out how to recreate this at home.

As you increase the cross-sectional area of the card attached to the oscillating spring, the oscillating system will experience drag due to air resistance. This has the result of increasing the effect of damping on the system.

Where X0 and k are constants

You should be able to produce a straight line graph by taking the natural log of each side.

Research Question: Investigate the factors affecting the terminal velocity of a paper helicopter 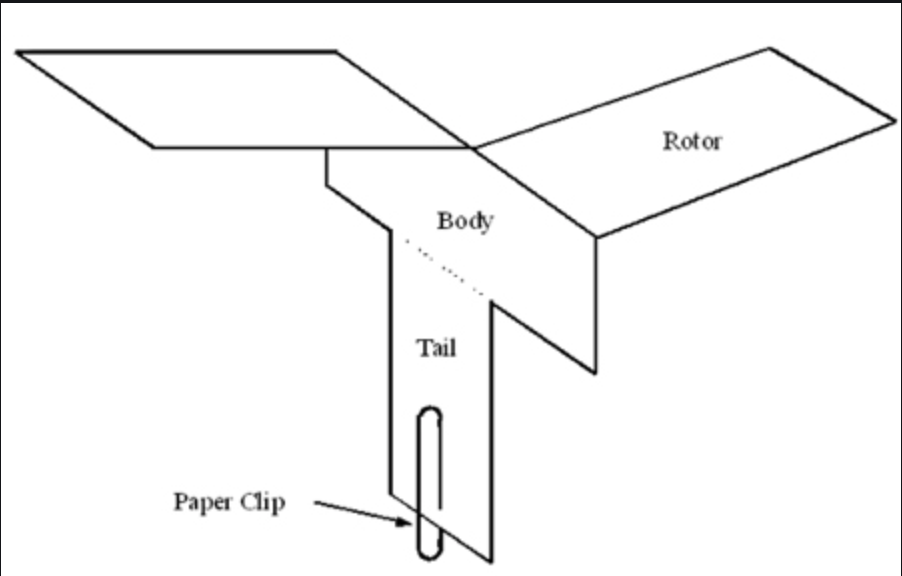 You can download the template for the helicopter here.

Research Question: How does the angle of blade of a toy helicopter affect the lift force on the helicopter? 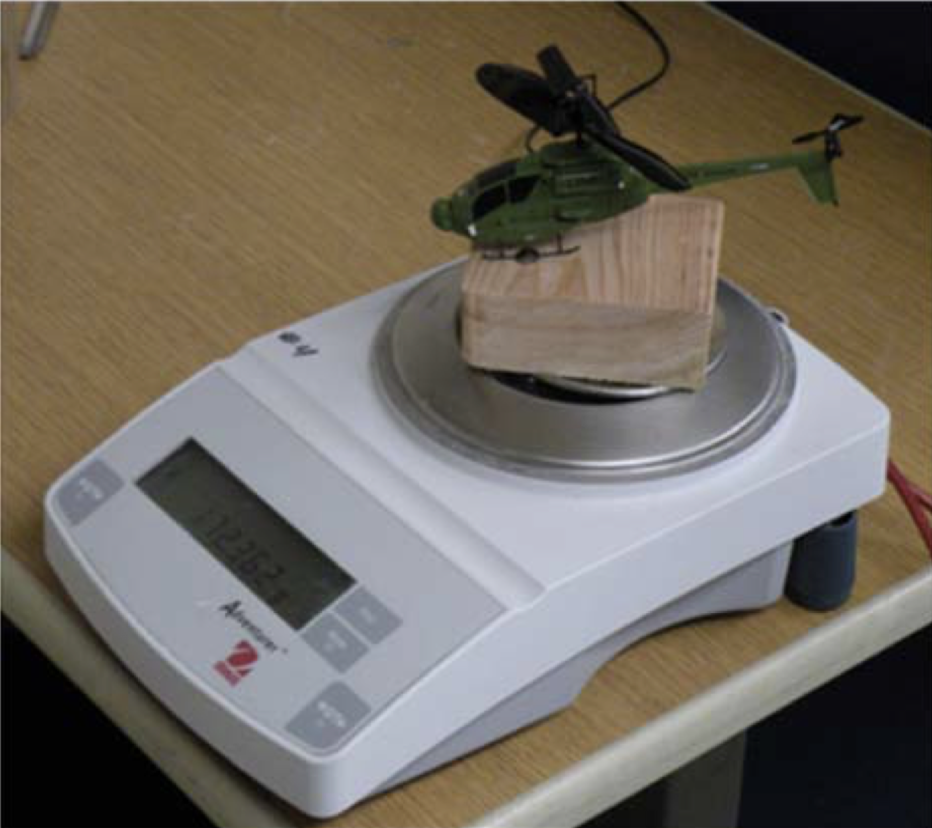 Research Question: How does the mass of a ball bearing affect the energy loss in a pendulum system when it is released from 90 degrees and collides with a wall? 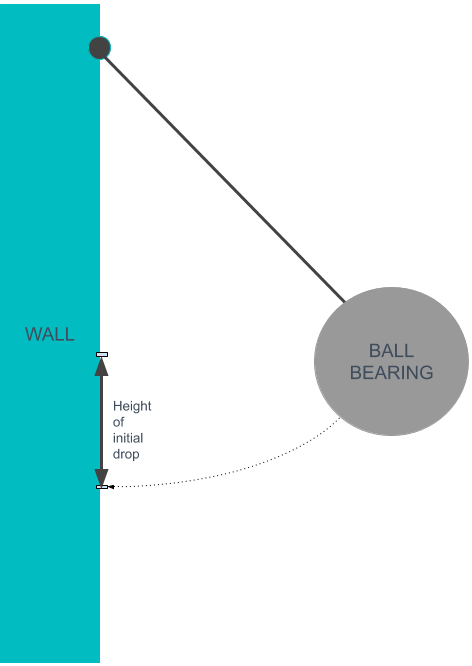 Idea 6: Moon Craters (with a difference)

Research Question: How the temperature of grease affects the depth of crater created when a mass is dropped from a known height

Research Question: How does the distance between panes of glass in double glazing affect the rate of heat loss?

You should seal the gap between the two panes of glass and try to create an area of low pressure between them. 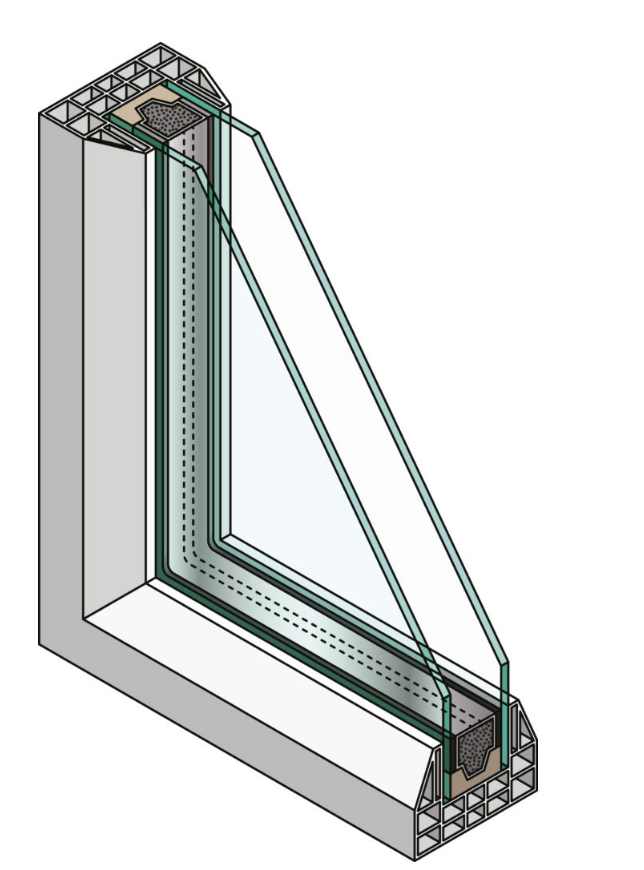 The trapped air in the gap is an insulator - it does not stop heat being conducted from the inner pane to the outer pane - but it does slow heat transfer by conduction down a lot!

The air gap is too narrow to allow the air to circulate easily. This therefore reduces the rate of heat transfer by convection. Therefore, an investigation into distance between the gaps would be very interesting.

Research Question: How does the cross-sectional area of the pipe in a siphon affect the volumetric flow rate of the water in the siphon? 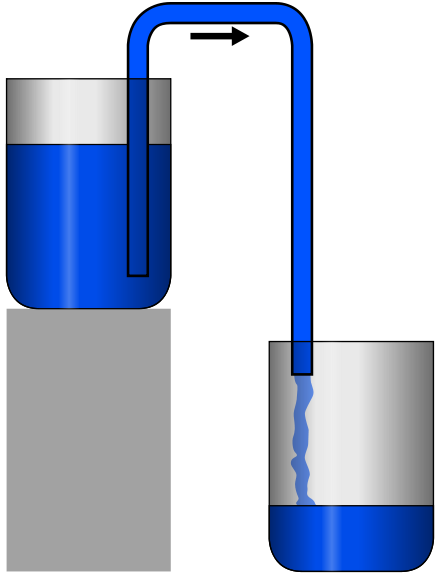 The challenge with this experiment is how to accurately measure the volumetric flow rate.

Don't get too bogged down in complicated theory. The equation you should be using is really simple:

Please read the information on this webpage

If velocity is constant, then your graph of cross-sectional area on the x-axis and volumetric flow rate on the y-axis should show a graph of direct proportion. The value of gradient should equal the velocity of the water.

Research Question: How does the height of a ramp affect the time taken for a cylinder to roll down the ramp?

There is some basic physics theory to work through (involving the conservation of energy) to find that you plot h on the x-axis and 1/t^2 on the y-axis. The gradient will give you g/3x^2 It should be a straight line through the origin.

Research Question: How does the distance between two towers sustaining a flat metallic bar affect the vertical depression/sag produced when a known mass is added?

This website gives a good discussion of the physics and the equation you can use to make your theory / hypothesis. Basically, the sag should be directly proportional to the cube of distance between the towers.

Research Question: How does the radius of the exoplanet affect the apparent brightest of a star, as the exoplanet transits across the star?

Obviously, you can't do this experiment using actual observed data from home. However, you can model the situation.

You can start with these instructions and develop the experiment/research question to work for you: 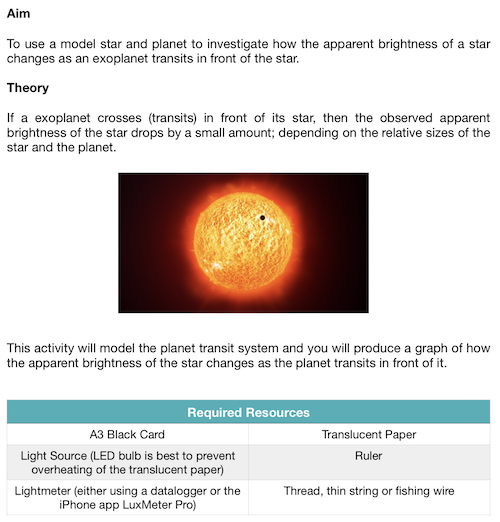 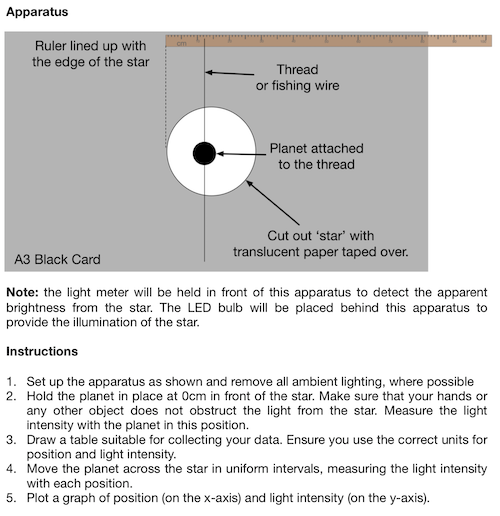 Sustain time is the length of time the string vibrates and the sound can be heard. You'd need to use an iPhone app to measure sound volume AND make sure you have a completely silent room. You could try Decibel X PRO: dBA Noise Meter 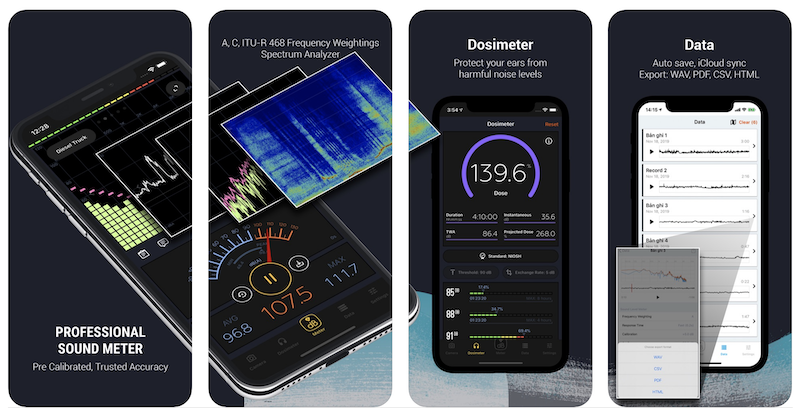 If you'd like more ideas then I have listed 45 IB Physics IA Ideas in this blog post - although you will need more advanced equipment for some of these.

Get your #1 Amazon Best Seller on GradePod for free here 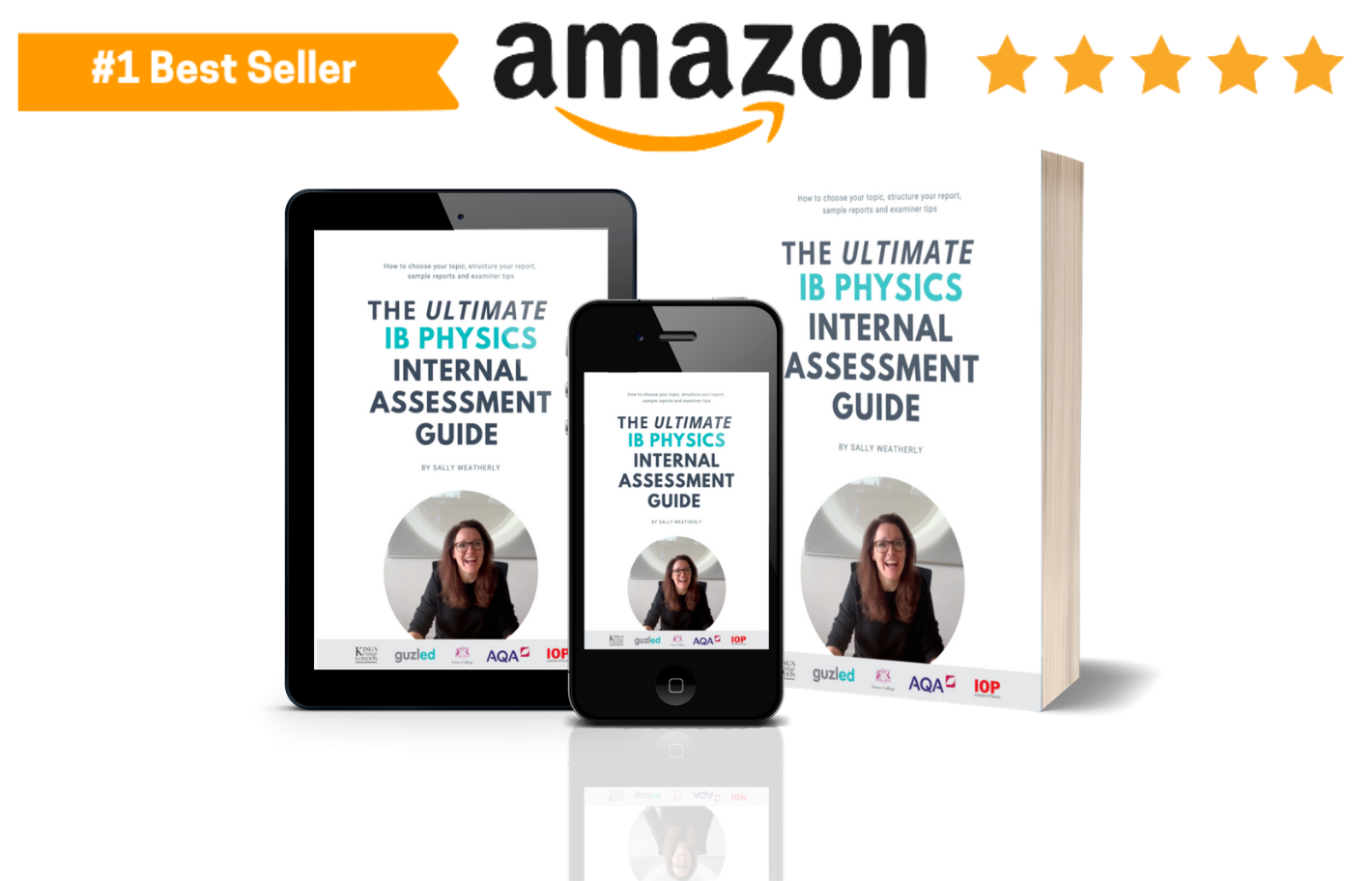 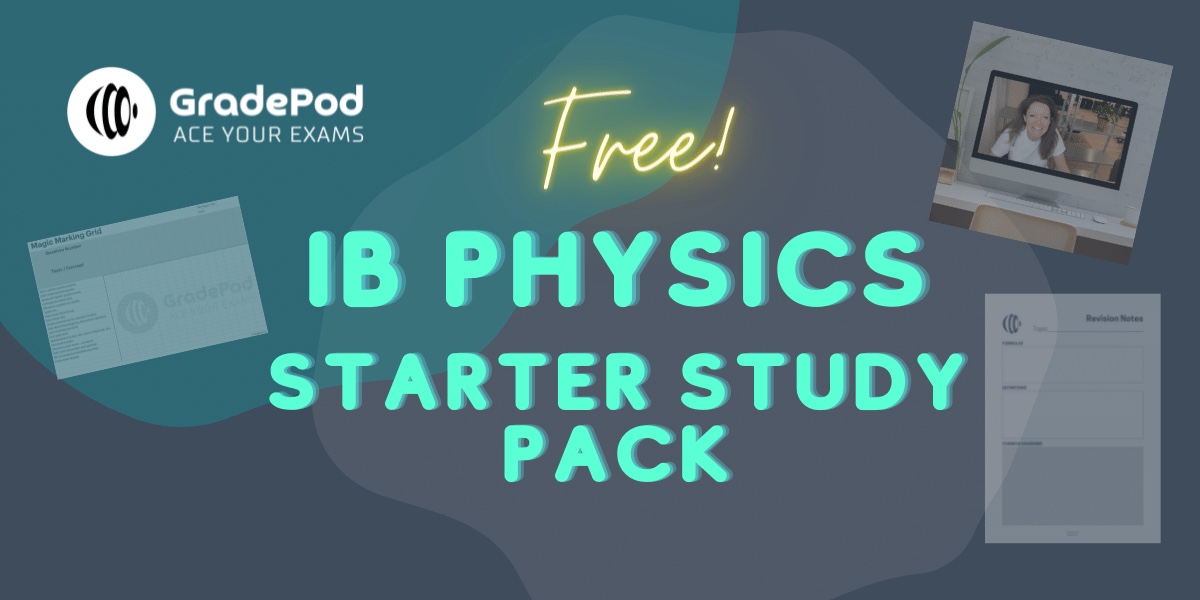 No matter what stage you are at in IB Physics, this free IB Physics study starter pack will help you organise your class work, improve grades in class tests and excel in exam revision. 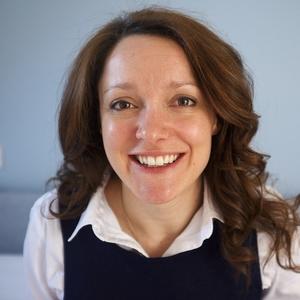 I started as a Physics Teacher back in 2004, but soon became obsessed with the possibilities of online learning. I teach everything I know.

GET YOUR COPY HERE 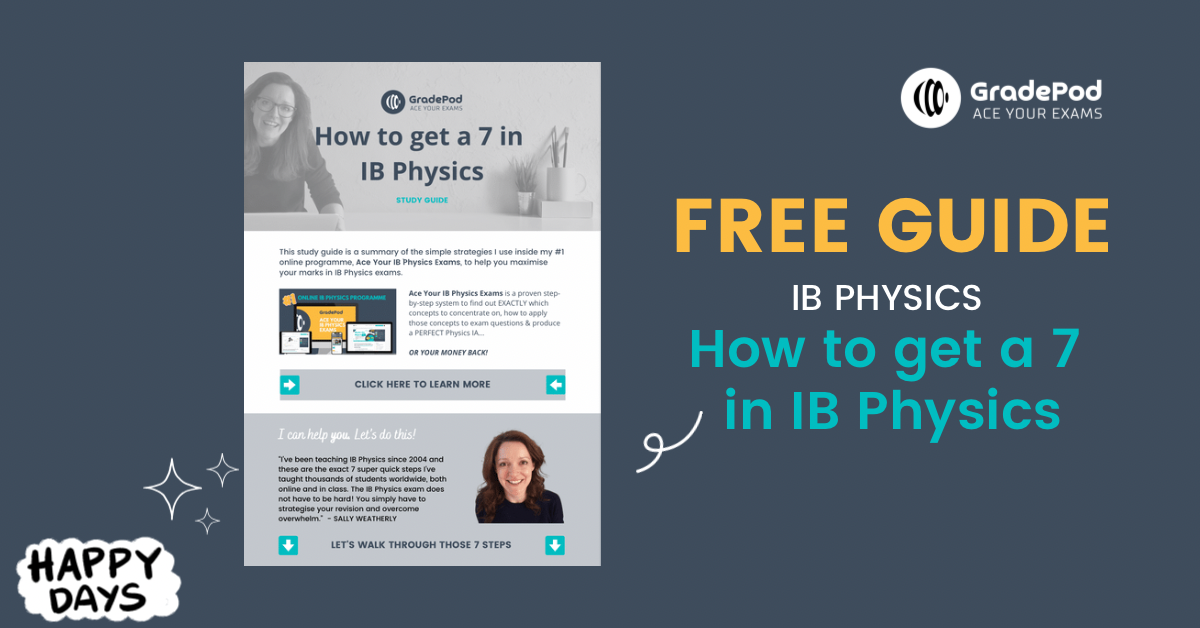 This guide has been downloaded 20,000+ times by other IB Physics students worldwide and gives instant advice on how to get that 7 in IB Physics

I’ll email the guide to you and will protect your email address with my life!

May 2022 students are entitled to a discount on the Ace Your IB Physics Exams course. Fill out your details to get more details.